Apparel and Accessories Designed to Enhance any Journey, Adventure or Experience

The story of how The Vibe-Tribe, LLC came to be.

Here lies the story of The Vibe-Tribe. This company has brought me so much love and so much trouble. They always say owning & operating a business is like having a child, 24/7 commitment… I finally know what they meant! However, I have officially moved past most of the dark times, and onto much brighter times. Let me start from the very beginning, when I was in the darkest of times that I’ve ever been in, in my entire life…

Before I even started The Vibe-Tribe, I was in college for liberal arts and I was 18.. It was 2013. I didn’t know what I was going to do with my life at the time. I was taking a lot of different classes that could have been pre-reqs for a multitude of various careers. One of those classes was Online Marketing, during that class we had to write about an already existing business model or create our own ‘pretend’ business model. I decided to make my own ‘pretend’ business model. This business model was designed to be the most affordable and self-sufficient business model to be. Then, about a year and a half later I decided to use it as the model for The Vibe-Tribe. I had no idea I was going to become a fashion designer for the entertainment industry. I had no prior experience or anything in fashion design or business development or ownership.

Two years after taking that Online Marketing class in college, I started The Vibe-Tribe, LLC. It was December 2015 and it was with a man named; Yefim Proschitskiy. I was only 19 years old at the time. When we started it together, I had no idea how important he was going to become in my life. I met that man during the darkest of times, and he helped bring me out of the holes I dug myself into. He was a very great man, he taught me how to be an individual & take responsibility, take charge.. To be a gentleman, not just a man or a guy or a boy.. He believed in me and my ideas before I even did. I used to be such a doubter, of myself – until he came into my life.

I was a college kid, it was 2014 when he and I met, I was 19 at the time.  I didn’t think twice about opening up to him about my trauma and what was going on in my life. It was like I’d met him before. It was like he was already family within the first hour of discussion. When I started to pick at his brain, I began to learn more and more how similar we were to each other. That’s when he decided to give me a personality test, and turned out we had the same personality traits. Born leaders. But, just who was this man? And, why has he taken such a liking to me? Who am I? I’m nobody, just another statistic, given the circumstances… He eventually became the smartest man I had ever met in my entire life.

He ended up meeting my family and observing my living situation with them, then offered to have me stay with him for a week or so to get away for a bit. Me and my family were fighting all the time, and he was slowly becoming a mentor in my eyes. This was back in November of 2015. When I took him up on his offer, I was in a much more positive environment, one where I could actually ignore my problems and focus on growing. I was sober from everything, art and business became my new high. I was doing so well until I turned 21, then we went out and celebrated my (belated) birthday, in August of 2016. After being with him for so long, he became as important as my family to me. I then realized I had a better relationship with my actual family when I didn’t reside with them, so I continued to stay with him since he employed me, supported me & my businesses financially, etc…

Before we went out and celebrated my 21st birthday, he sat me down in the dining room and said we weren’t going to drink by ourselves or hide liquor from each other around the house. He was looking out for me, I thought. But, it turned out he was actually saying it for himself. As a subliminal message… I didn’t know how bad his alcoholism was, I actually barely knew the guy, even though we had the same energy & personality, etc… I realized he hadn’t told me much about himself. He just took care of me, better than I could take care of myself & believed in me much more than I believed in myself at the time.

When we went out and celebrated that night, I had no idea the turn of events that was about to unfold. I trusted this man with my life, and would have taken a bullet for him in a heartbeat. He sacrificed his time and money for my success, without question. He was the smartest person I had ever met as well & if he believed in me, I should believe and trust him. At least, that’s how I felt at the time. Slowly but surely I came to learn, his alcoholism was his greatest demon that he pushed away by helping me and others. He was a doctor, surgical oncologist to be exact. He took care of people for a living, as his career; but he did it not for the money… but for the genuine satisfaction of healing others, that’s what made him feel whole. Just like myself. It’s the most selfish selfless act anybody can take upon themselves.

By the end of 2016, his health started to rapidly decline. I started worrying about him, and when I confronted him about anything health related he always dismissed it or said he was fine. Then, June 21st he and I got into a huge fight so I left to go visit my mom since she had been diagnosed the prior week with breast cancer for the third time… 2 days later on June 23rd 2017, I got a call from Yefim’s father at 6am and it went to voicemail. The voicemail his father left me said he was in the hospital across the state and that the doctors said they don’t know how much longer he has. I called back as soon as I was awake and told his father I couldn’t make it there since my mom was leaving for work.

My mother got home around 5/5:30pm that day, and called his father immediately. He told my mother, that Yefim died 3 minutes ago. She screamed then started crying and I ran over to her, that’s when she told me… he was gone. I was in complete disbelief, I couldn’t fathom a life without him at that point. I thought we were going to be lifelong friends / family. I was going to have him as my best man at my wedding… When he passed away, it changed my life completely.

Yefim’s ex-wife got custody of all of his assets, including the house we stayed in together. She allowed me to stay there for free if I put the utility bills in my name, which I did. I ended up staying there for 10 months after he died, until she sold the property. It wasn’t easy. I had to go get a ‘real job’ (actually, I got two..) and stop working for myself & working on TVT. I was heartbroken, grieving his death, and forced to backtrack in my progress on sobriety due to the trauma. It took me almost 5 years for me to get to a comfortable place mentally, to be able to continue onward with The Vibe-Tribe, LLC.

Yet, here I am… completely remodeling The Vibe-Tribe, LLC and striving for a better day than yesterday. Join me in my journey, and contact me today to see how you could help make both of our dreams come true!
[email protected]
1(347) 771 – 8423 (VIBE)

In Loving Memory of

He was my brother, he funded The Vibe-Tribe, LLC initially; and, took the first picture of me in my own art, below 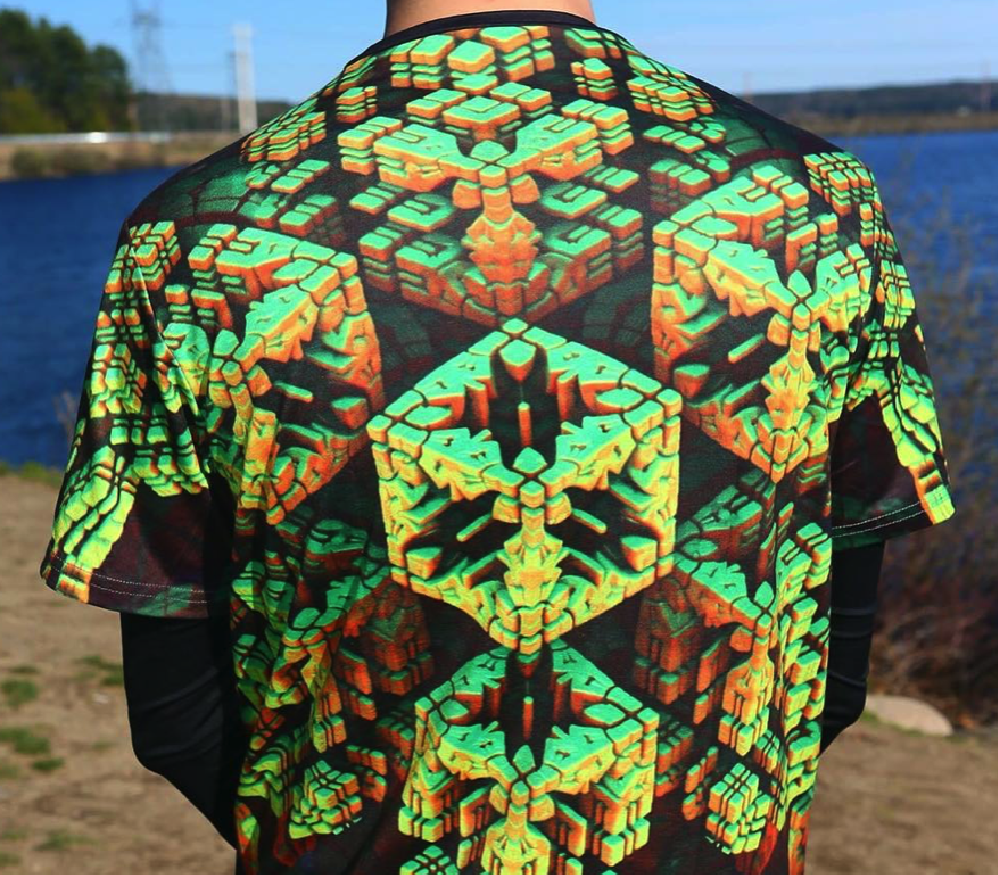 25% Off all first orders! USE CODE: FIRSTORDER at checkout Dismiss